For professional carpet and upholstery cleaning

Professional carpet and upholstery cleaning in Stockton and the surrounding areas

Professional carpet cleaning from the experts at ServiceMaster Clean.

Whether you’ve had an accident or need a full carpet clean throughout the house, we’re here for you.

Keeping your upholstered furniture clean will prolong the life of the fabric and the furniture you love.

Have your rugs seen better days? Need a deep clean to bring them back to life?

From Indian and Oriental rugs to modern rugs, our technicians provide a professional rug cleaning service.

Have your blinds and curtains seen better days? Need a clean to bring them back to life?

They may not endure the daily wear & tear as your carpets but they still need a little TLC to keep them looking their best.

Your local experts at upholstery and carpet cleaning in Stockton

Here at ServiceMaster Clean Stockton, we are proud of our reputation for excellence. For over 18 years, businesses and households across the region have placed their trust in our ability to deliver exceptionally clean carpets, upholstery, hard floors, rugs, blinds and curtains. We cover Billingham, Wynyard, Marton, Nunthorpe, Eston, Redcar and Maske in addition to South West Durham and Stockton-on-Tees. 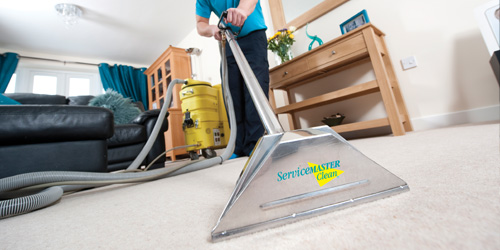 Here at ServiceMaster Clean Stockton, we are proud of our reputation for excellence. For over 18 years, businesses and households across the region have placed their trust in our ability to deliver exceptionally clean carpets, upholstery, hard floors, rugs, blinds and curtains. We cover Billingham, Wynyard, Marton, Nunthorpe, Eston, Redcar and Maske in addition to South West Durham and Stockton-on-Tees.

ServiceMaster Clean is the world’s largest specialist cleaning company, recommended by many leading retailers. We use environmentally safe cleaning processes for carpets and upholstery, leaving your home clean and refreshed with the minimum of fuss. Our state-of-the-art truck mounted equipment uses a powerful steam to break up grease, oil, and general soiling, as well as killing up to 99% of dust mites and most carpet allergens, which can be harmful to your health. We have treatments for removing pet smells and stains, and specialist spot cleaning products for spillages such as wine, coffee, tea and cosmetics.

So give us a call for a free quotation on 0164 271 4002, fill in the form on the Contact Us page, or email us direct from here at office@servicemaster-teesside.co.uk

Cliff and Nicola Howden standing proudly next to their branded ServiceMaster Clean vehicle.

A Bit About Us

Cliff and Nicola Howden bought a ServiceMaster Clean franchise in 1996 at a time when they were faced with making a decision about their future. Recently married and in their early twenties, Nicola was an office manager in the public sector and Cliff worked in Sales. While they were both happy to be in good jobs, each of them had a persistent feeling that they wanted to be their own boss.

Nicola explains: “We had been working in the same jobs for a few years, and become accustomed to our routines. But before too long we found that both of us would come home from work wanting to change things. We seemed to say ‘I would run that place a lot differently if I were in charge’ a lot!

After a chance meeting with an old friend, Cliff talked to his wife about the possibility of franchising.

“It seemed like a great way for us to do things our own way,” he says. “We were excited about the freedom and flexibility that a franchise could offer us, so I called the British Franchise Association the very next day. They gave me a lot of ideas and details of some companies to contact. Since I had previously worked in the cleaning industry I gave ServiceMaster a call.

It turned out that the only franchise Cliff and Nicola could feasibly purchase was located on Teesside in the North East of England – the other end of the country from Somerset, where they were living at the time.

“It was a big move for us in many ways, leaving our jobs, our friends, our area and our comfort zone, but we were convinced that we could make a real go of a new business and we didn’t want to regret not trying,” continues Nicola.

“We are both positive people so we saw it as an opportunity to get new jobs, make new friends and discover a new area, rather than giving up the old ones. Within a couple of months we had got everything arranged, taken the plunge and bought the franchise.”

18 years on and Cliff and Nicola are still going strong. They now own 3 franchises in the North East (Middlesbrough, Stockton and South West Durham)and have won several achievement awards, including one from ServiceMaster HQ in the United States, some for their domestic and commercial cleaning work, and others for their service dealing with fire and flood cleans for the Insurance industry.

“We couldn’t be happier with the choice we made 18 years ago,” says Cliff.

“Of course, we’ve had difficult times, but on the whole we have made an excellent living from our business. We now have a single site for our offices and warehouse, and our expansion into neighbouring areas has meant that several new members of staff have joined the company recently. It’s great to have achieved this by doing things our own way!

“We love the area too – we are close to the beautiful North York Moors and the stunning Northumberland coast, plus the people in and around Teesside have been very welcoming. This very much feels like home now.” 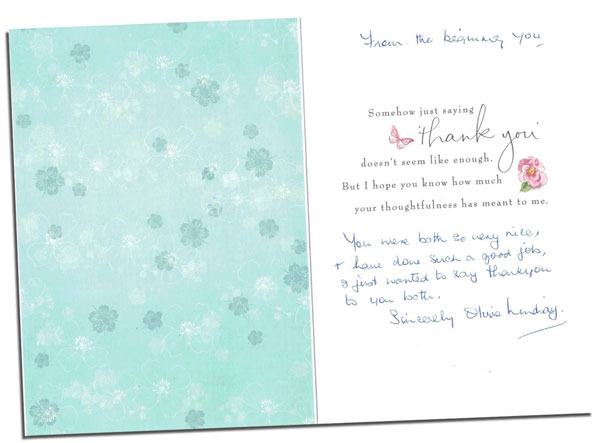 A thank-you card sent in by one of our happy customers.
Areas We Cover 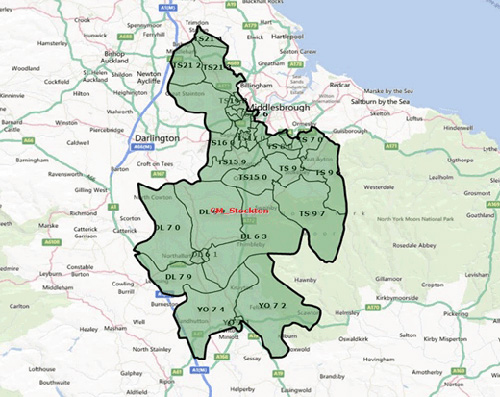 Our key areas are:
Carpet Cleaning

Having your carpets cleaned every six to twelve months by ServiceMaster Clean Stockton will help you to prolong the life of your carpet.

On a daily basis your carpet is subject to more wear and tear than any other item in your home and can affect its overall appearance.

ServiceMaster Clean Stockton use specialist equipment and expertise to remove not only the dirt but, shampoo residue and water from your carpet, so that your carpets stay cleaner for longer. Unlike professional carpet cleaning, most rented carpet cleaning equipment leave carpets wet with detergent residue.

We have a range of carpet cleaning systems to accommodate every situation.

With our wide range of services and equipment, ServiceMaster Clean Stockton can lightly clean a carpet and have it dry and smelling lovely in just minutes.

Of course, such a wide range of methods means that we can offer a system that is tailor made to your requirements, what the carpet needs (both in terms of soiling and type of carpet) and what your budget will allow. 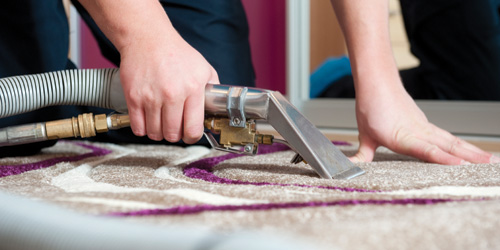 You can rely on ServiceMaster Clean Stockton to bring the original colours of your rug back to life. Our technicians are trained to recognise, test and diagnose the best method of cleaning for your particular rug.

We are able to provide a full rug cleaning service including collection from your home, thorough inspection and appraisal, a deep clean, dry clean and grooming. Your rug will be wrapped and returned to its rightful place – in your home.
Oriental Rug Cleaning 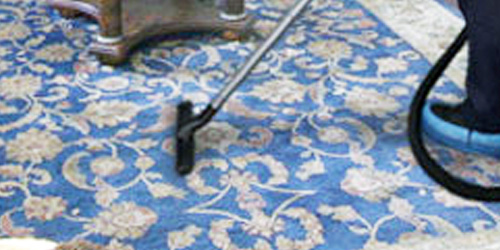 Over time, Oriental rugs may need some form of cleaning which requires a delicate process conducted by experts with specific knowledge of the Oriental rug tradition. 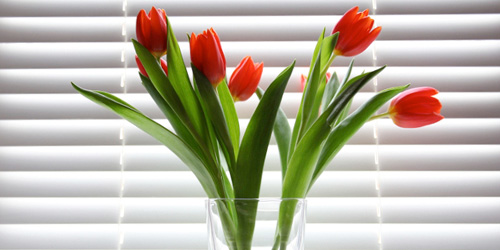 ServiceMaster Clean Stockton specialises in all types of blinds and blind cleaning. Using our unique service, we don’t have to remove the blind.  We start by thoroughly vacuuming the Blinds paying special attention to the head linings where dust and insects gather.

Then we clean the blind back and front the old fashioned way – by hand, closely inspecting as we do so leaving your blinds restored, revitalised and smelling fresh!  If you require we can add our stain and soil resistant finish which will help them stay cleaner longer or we can apply a flame resistant finish, should you require. 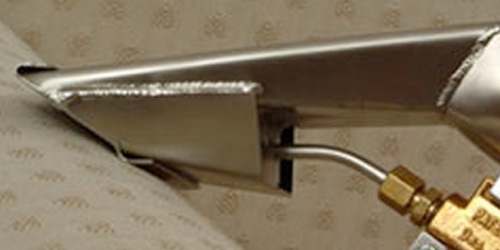 Fabric furnishings get heavy use and show soil and dirt quickly. Keeping upholstered furniture clean will prolong the life of the fabric and furniture. ServiceMaster Clean Stockton professional technicians are experts at selecting the correct upholstery cleaning system for all fabric types and for different levels of soiling.

Our dedicated service ensures the removal of soiling whilst never risking damage to your upholstered furniture. We can often successfully clean upholstery fabric that other companies would decline to attempt.

For all upholstery cleaning our technicians use specially designed ServiceMaster products, equipment and methods every step of the way; from initial vacuuming through to choosing the wet or dry cleaning system most appropriate for your soft furnishings. 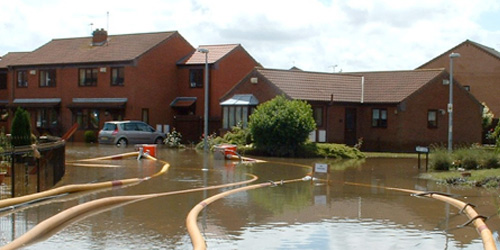 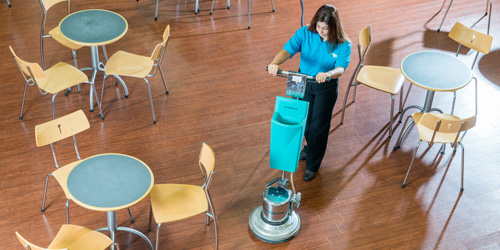 We provide the following commercial services:

As part of the world’s largest specialist cleaning company, and with fully qualified staff, you can be assured that we’ll bring you highest standards of service and quality. 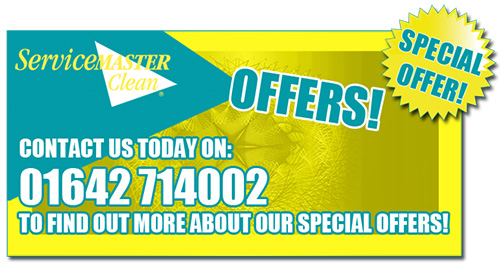 Getting in touch with us is simple

OR EMAIL US FROM HERE

“Our carpets came up looking like new – at a fraction of the cost of replacement!”

“Very professional – delighted with the results”